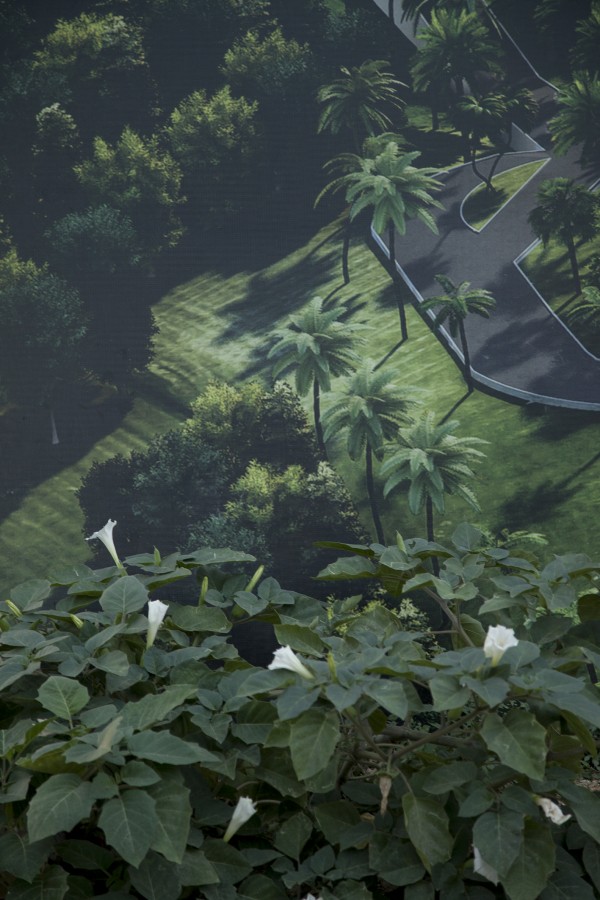 Randa Mirza (Beirut 1978) lives and works between Marseille and Beirut. Randa Mirza is a visual artist working mainly with photo's and video. In 2006, she won the No Limit prize at the Rencontres de la photographie d'Arles, an international award that rewards a photographer or an artist using photography, who by his or her work helps to push the boundaries of photographic expression. Through her work, Mirza questions the nature of images and their social uses. On the subtle border between fiction and reality, she manipulates the photographic image to reveal the discourses inherent in all representations

Randa Mirza presents 'Leave all compromises behind' as par of Moussem Vitrine.

BEIRUTOPIA is a projection, a portrait of the Beirut of the future. The photographic series raises questions about the future of the Lebanese capital, through the characteristics and representations associated with it.

Since the end of the Lebanese civil war in 1990, Beirut – long referred to as the Switzerland of the Middle East – has sought to renew its myth of a glamorous city at the crossroads of East and West. Currently, the city is experiencing a real estate boom, controlled by the inflow of foreign capital, and significant speculation. To market the projects under construction, the developers place – in situ – huge billboards representing the building in its final phase. These posters are not only simulacra but biopolitical representations, that is, they show a certain form of power that is being exercised over people's lives. In an illusory way, they simulate or even impose the building – including its environment, its interiors, its inhabitants and their lifestyle.

The photographs of BEIRUTOPIA are mise-en-abîmes of these advertising posters representing the virtual building, framed by the real space in which it is located. The overlapping of virtual and real situations gives the photographs a sense of uncanniness, which reflects the current transformation of the city. This strangeness is enhanced by the photographic framing, a game with differences in scale that constitutes a critical reading of the city's development.