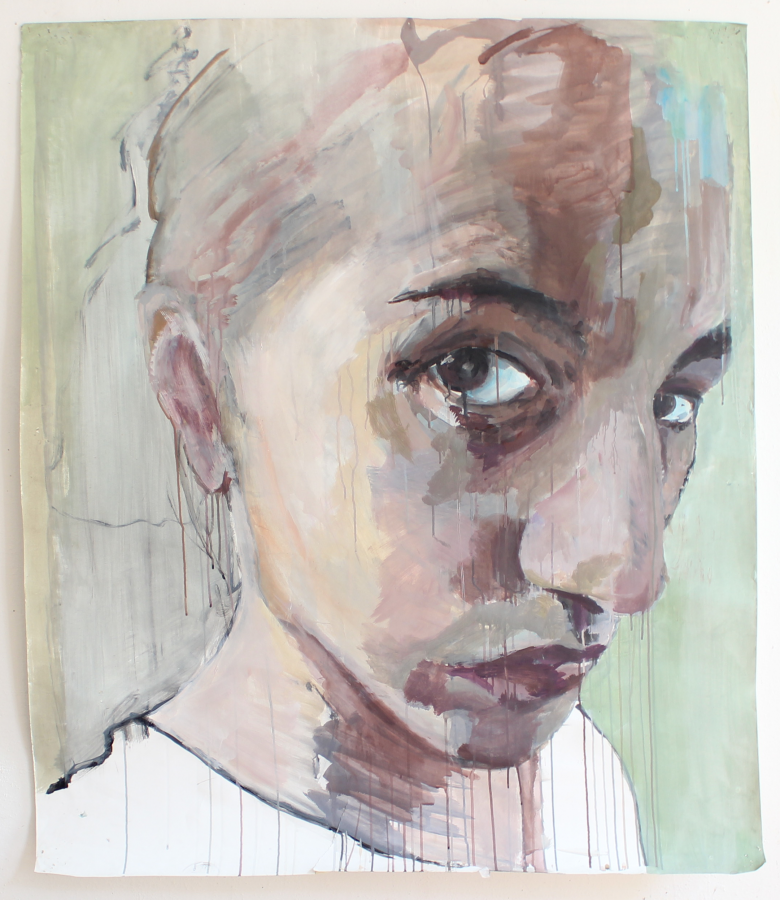 Artists like to challenge their environment, for instance by presenting art in non-art spaces. Street artists throughout the world develop an entirely unique language in which the public space is made the subject of their art. Their interventions, anonymous or not, leave few untouched. The last word has not yet been said on Street Art, and the last taboo has not been broken either, that much is certain. Moussem, as a nomadic arts centre, has a particular interest in this nomadic art form par excellence. It is our great pleasure to invite street artists Larsen Bervoets and Luca Kortekaas to come do their thing at CC Berchem.

Ever since high school, art has been central to the life of Luca Kortekaas (1988). She studied painting at the Antwerp Academy and the Sint-Lucas art school. She creates beautiful murals but also focuses on portrait painting. She alternates making visual work with a variety of other art projects. In 2004, she was introduced to breakdance through Samir Bakhat and to contemporary dance by Ann van den Broeck. Under the guidance of 'Hush hush hush' she toured with Dansfabriek (Dance Factory) throughout Belgium. In the summer of 2012, she danced in Birdwatching 4x4 at the Maf festival. In 2013, she created Son dél Ground in collaboration with Elisabeth Severino Fernandez. In 2014, she takes the stage together with Kollektief Perspektief in CC Berchem during the 24 hours of the stage.

Larsen Bervoets (1979) joined art school in Antwerp as a teenager, after which he went to study three-dimensional design in Ghent. In 2005, his thesis project was selected for the group exhibition ‘Coming People’ at the S.M.A.K. He then travelled with an international project in China for several months. Aside from murals, Larsen mainly makes drawings. In 2013, he created a work on the wood bridge in the Antwerp Schipperskwartier for Buurt aan de Beurt. He mainly uses ink or chalk in his works, and preferably works with materials from his immediate surroundings, or with found items that he takes out of context and incorporates into assemblages. Just like Luca, Larsen is a versatile artistic talent. He also plays bass in the bands Maxon Blewitt and Societé Anonyme.

Entirely like it should be in the Street Art philosophy, the evening will be free entrance.