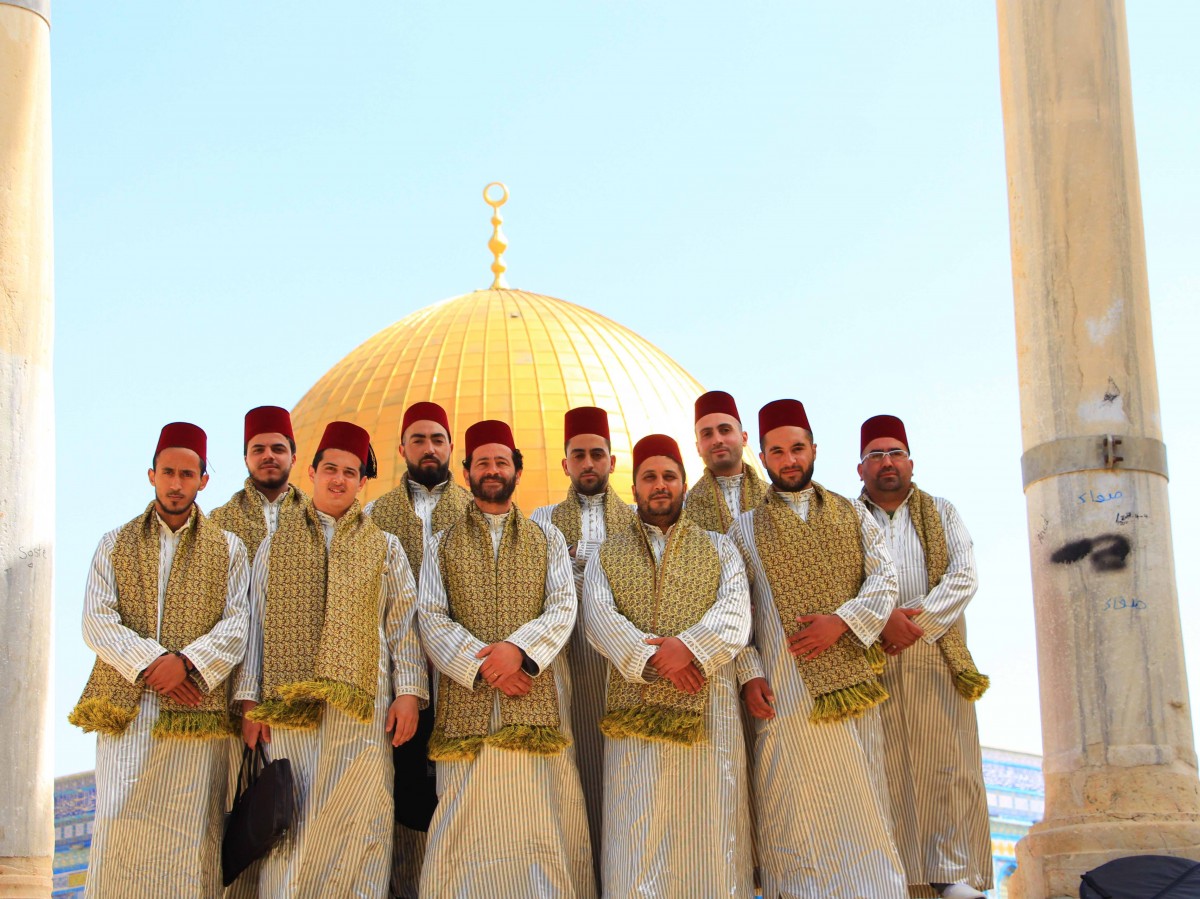 Moussem and BOZAR present the eleventh Sufi Night, an evening dedicated to the rich and diverse musical tradition found in Sufism, the spiritual branch of the Islam.

Hadra is an age-old musical tradition, a ritual of hymns, incantations and sung prayers aimed at attaining an ecstatic state in a divine presence. This hadra Chefchanouia originates from the Moroccan mountain town of Chefchaouen, the centre of a rich and varied musical heritage, is exclusively practiced by women. The ensemble, led by the charismatic Rhoum El Bakkali, keeper and conduit of this heritage, will play its own repertoire of popular, poetic songs based on poems by Arabian and Andalusian masters. The stirring rhythms and percussion gradually build from a dignified tempo to a dynamic climax. This hadra captivates the listener both through its poetic lyrics and melodies as well as through its spellbinding choreography.

This ensemble, rooted in the spiritual cradle of Jerusalem, brings to life the incredible power of prayers and hymns that have resounded throughout the city from time immemorial. The broad classical and traditional repertoire from Palestine and from the region is enriched through their own compositions and by the fusion of various musical traditions and perspectives.
This “performance of the forgiveness” immerses you in an intense spiritual Sufi experience. The driving force of the ensemble, composer and violinist Ramzi Aburedwan, grew up in a Palestinian refugee camp. His eventful life has been the subject of various documentaries. With the help of music, Aburedwan considers it his mission to bring some normality back to life in Palestine.