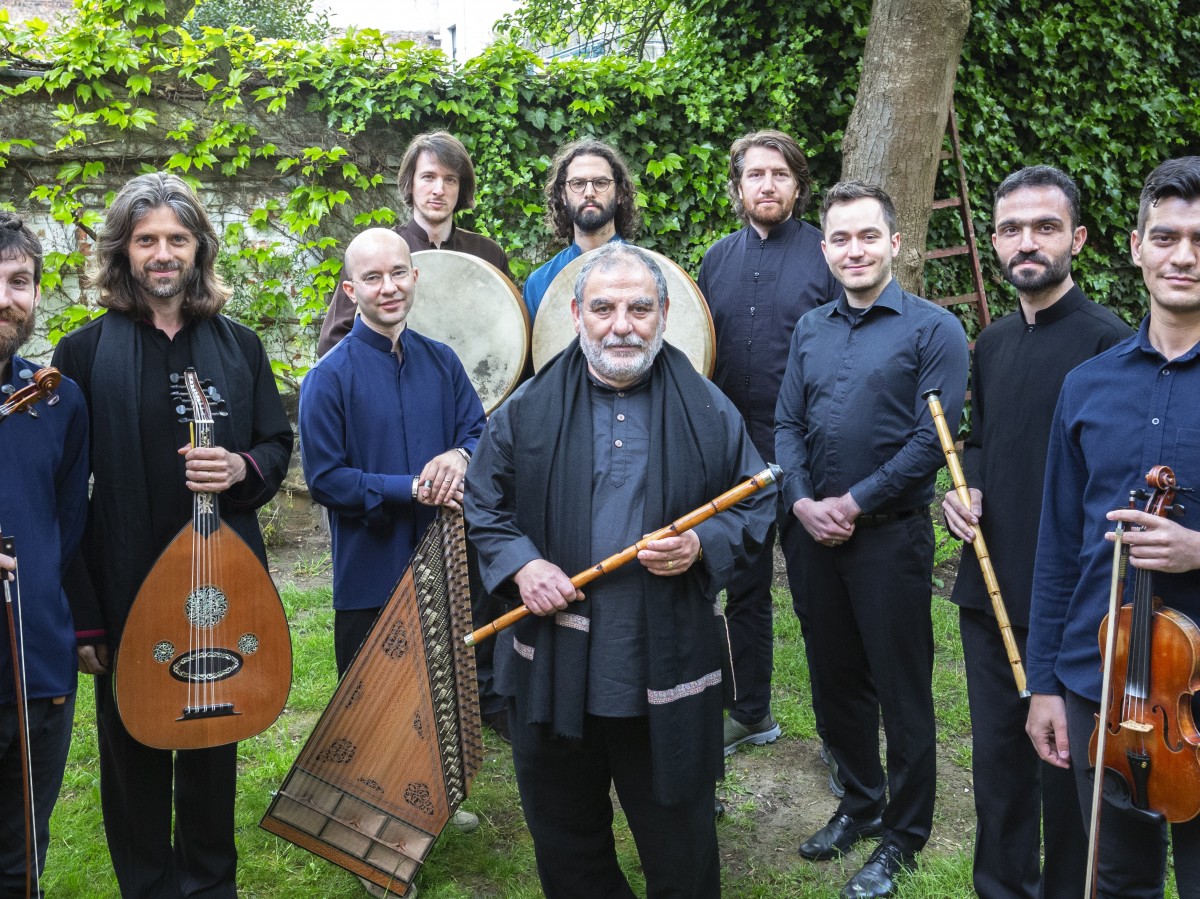 The ney is a flute from the Middle East with a hypnotic, nearly mystical sound. In its long history the instrument has played a primary role in the Sufi tradition, an aid for the Sufi mystic in his search for divine inspiration.
While Kudsi Erguner is an absolute virtuoso of the ney flute and performs the authentic repertoire in a masterly fashion, he also improvises and experiments and this has resulted in his collaborating with Peter Gabriel, Maurice Béjart, Peter Brook and many others. For this concert, Erguner will be joined by the Lâmekân Ensemble. Lâmekân – which means as much as “non-place”: a state of spiritual exaltation – is a young Turkish-European sextet that specialises in playing Turkish traditional music. Led by musicologist and oud player Tristan Driessens, Lâmekân makes the vibrant times of the Ottoman Empire seem nearly tangible.

Part of the Enchanting Tarab concertseries

‘Tarab’ is a key concept within the broad Arab musical tradition. It is the experience of liberating ecstasy when music and poetry, emotion and atmosphere, performers and audience become one. Central to the tarab experience is the sublime form of singing, immortalized by the mythical Oum Kalthoum. This second season in the tarab series, presented by Moussem and BOZAR, will feature prominent ensembles and performers from Morocco, Tanzania, Egypt and Turkey.