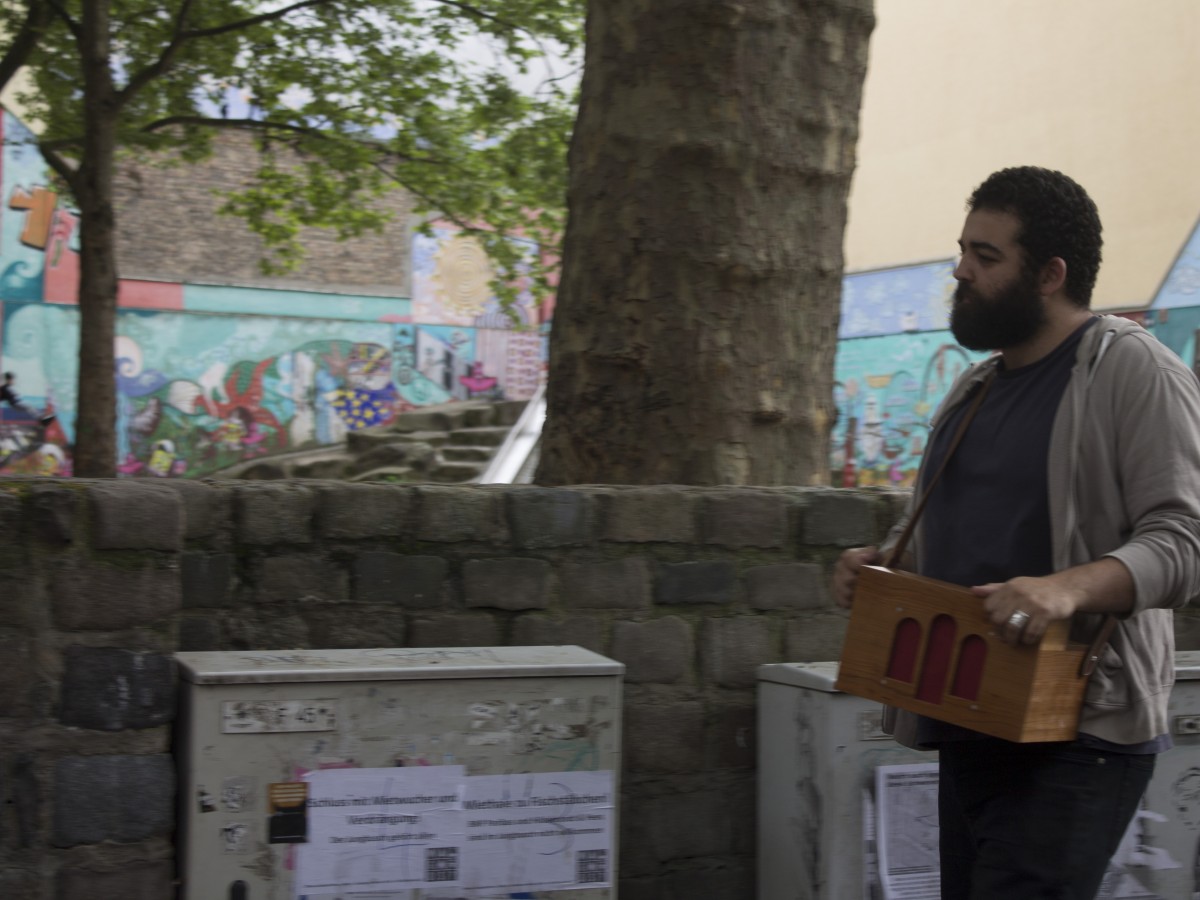 Oussama Tabti is the first artist we present in the context of Moussem Vitrine.

Oussama Tabti on Shapes, the installation he presents in Moussem Vitrine:

‘The invisible ones’ is one of the descriptions of the ‘chibanis’ (‘the elderly’), the first generation that migrated from the Maghreb to come and work here. Since I became interested in them I have discovered their discrete presence, and I study their actions and habits. What is striking is their quite exceptional way of dressing, which is both modest and distinguished. A person or an object becomes invisible from the moment we no longer pay them any attention. In this installation I use the clothes and accessories they wear. You can see them in the windows of certain shops, as another sign of the presence of the ‘chibanis’.