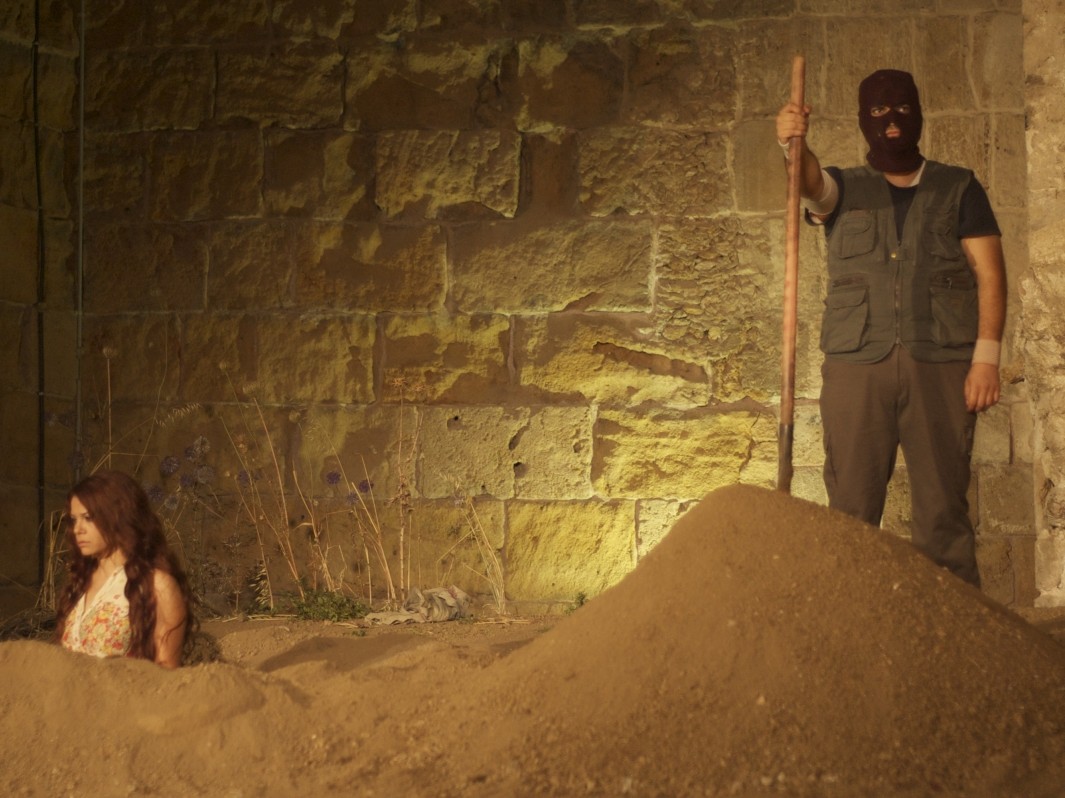 New Middle East is a dialogue between a masked soldier and the woman that he is burying alive. This conversation between the perpetrator and the victim becomes increasingly absurd. The 2013 piece is both a fictionalised representation of the Syrian (civil) war and a vision of the totalitarian violence that is gripping the Middle East.

• Bashar Murkus is one of the founders of Haifa’s Khashabi Theatre. For New Middle East he collaborated with Oyoun Theatre in the Golan Heights, a part of Syria that was occupied by Israel in 1967.