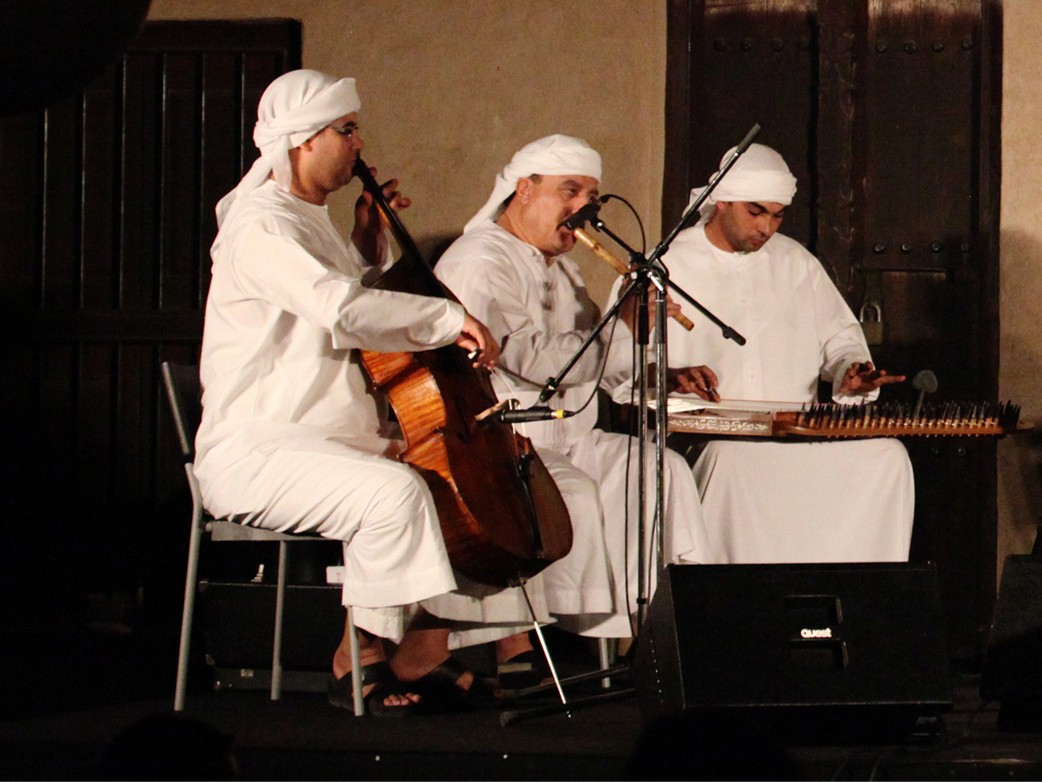 Fujairah Arabic Music Band was founded in 2009 in Fujairah, one of the seven emirates of the United Arab Emirates. The eight-piece ensemble consists of musicians from various Arab countries: Egypt, Syria, Iraq, and is led by the Emirati lutenist Ali Obaid. He was one of the first laureates of the house of the lute in Abu Dhabi, where he was taught by great masters such as Naseer Shamma, the renowned Iraqi oud player who has been a guest at Moussem already several times.

The band brings the classical Arabic repertoire of the Middle East. Their singer is Anwar Aboudragh, an Iraqi musician who commutes between Belgium and the Emirates. He interprets several Arab singing styles such as maqam, mawwal and muwashat ...
Their support act is a trio of rebab players. The rebab is an Arabic stringed instrument that was spread from the 8th century via Islamic trading routes over much of North Africa, the Middle East, parts of Europe and the Far East. The rebab, though valued for its ‘voice-like’ tone, has a very limited range (little over an octave), and was gradually replaced in much of the Arab world by the violin and kemenche. A similar instrument can be found throughout Western Europe, namely the rebec that became popular in the 15th and 16th centuries. The introduction of the rebec in Western Europe was probably associated with the presence of Muslims in Spain.