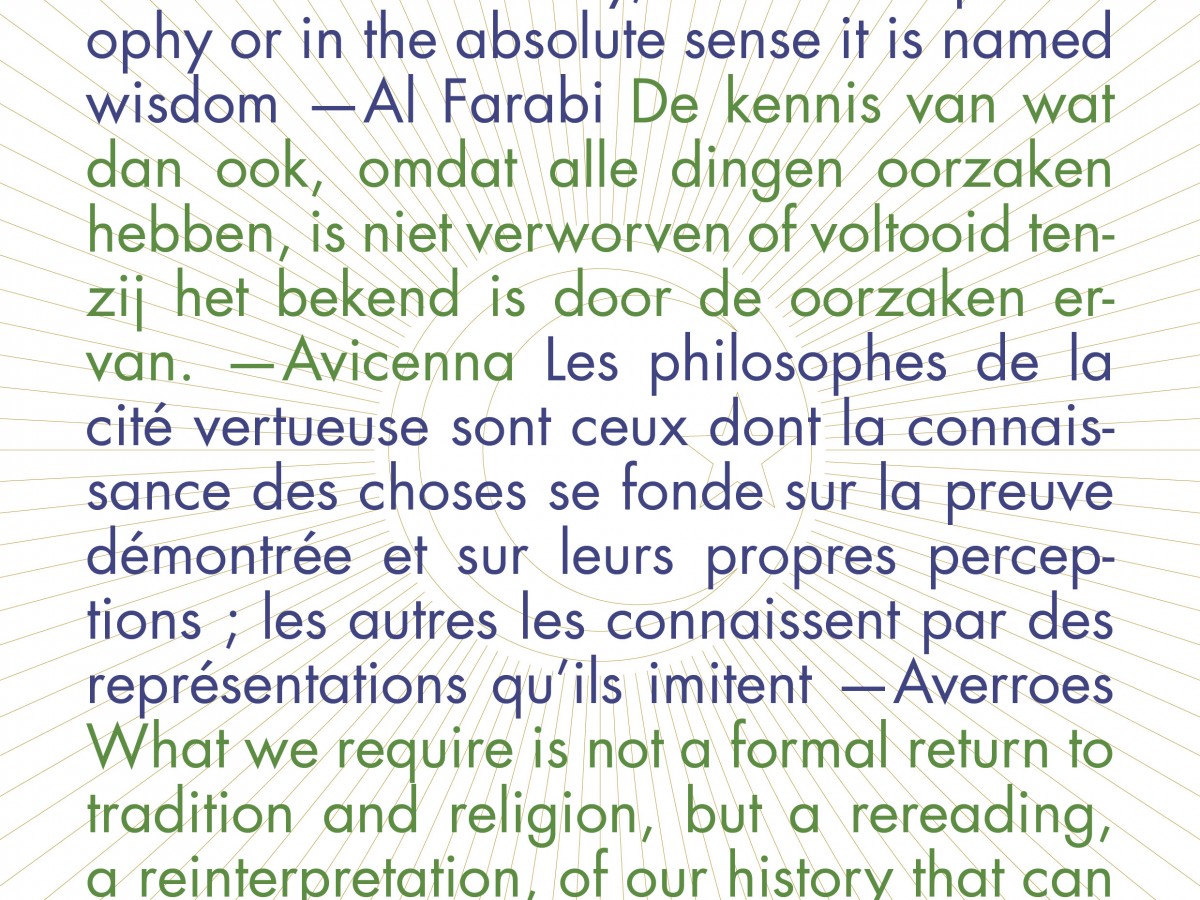 A stereotype that is often propagated about Islamic civilisation is that it would only consist of a flock of believers who are obedient to muftis, imams, and theologians: a civilisation that revolves around dogma and starts with submission. Although submission is an essential part of every faith, and conformism a building block of every religious community, Islamic history is also full of dissidence, heresy and rebellion. Already in the early days, Islam experienced dissidence, sects and alternative theological movements, which formed the basis of a fascinating debate culture. Theologians and philosophers asked critical questions like: who is God? Is there room for individual freedom in Islam or is everything predetermined? Is the Quran a divine or a human-made book? What is the ratio between reason and belief?
Thinkers from the golden age of Islam, such as Al Farabi, Averroès, Avicenne, Al Razi, Omar Khayyam, Abu Hayyan Al Tawhidi, etc., are founders of an Islamic culture based on reason and science. Most of them were also proficient in exact sciences such as mathematics, astronomy and medicine. They were appreciated within the Muslim community but they were also combated and accused of heresy and atheism. In recent history, other thinkers such as Mohamed Arkoun, Nasr Hamid Abu Zayd, Fatima Mernissi, Rachid Benzine and Hela Ouardi have followed their example.
In their ideas about Islamic civilisation, both Muslim extremists and Islamophobes go back to an originally 'pure' Islam, which was supposedly born 1400 years ago, but which in reality never really existed. Islam was never one block, one movement. On the contrary, it has always been a very diverse culture, strengthened by acculturation, by taking over elements from other cultures, by coming into contact with Greek, Persian, Indian, African culture, etc.
For that reason, attention to these forgotten thinkers is more than necessary in today's complex world, where superficial knowledge and simplistic reasoning prevail.