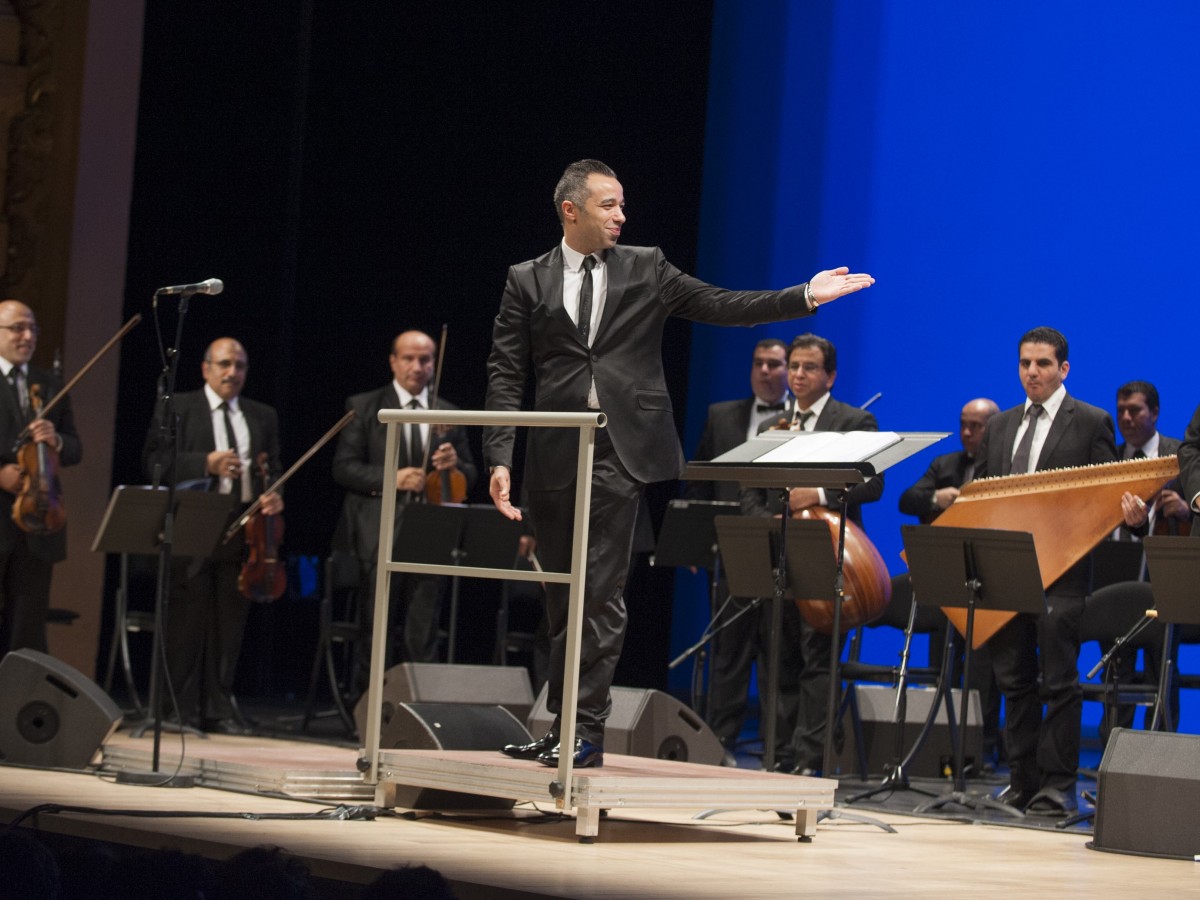 Since it was founded in 1994, the internationally renowned Cairo Opera Orchestra has played a prominent role in the Egyptian music scene. The new programme that it will be presenting in Brussels is a tribute to the most beautiful male voices in twentieth century Arabic music: Farid El Atrash, Mohammed Abdel Wahab and Abdel Halim Hafez. These three iconic performers (the male counterparts of voices such as Asmahan and Oum Kalthoum) made an important contribution to the revamping of the Arabic repertoire by using contemporary rhythms and orchestrations. The 19-piece Cairo Opera Orchestra will be playing a selection of the best-known titles from their vast repertoire.

Part of the Enchanting Tarab concertseries

‘Tarab’ is a key concept within the broad Arab musical tradition. It is the experience of liberating ecstasy when music and poetry, emotion and atmosphere, performers and audience become one. Central to the tarab experience is the sublime form of singing, immortalized by the mythical Oum Kalthoum. This second season in the tarab series, presented by Moussem and BOZAR, will feature prominent ensembles and performers from Morocco, Tanzania, Egypt and Turkey.