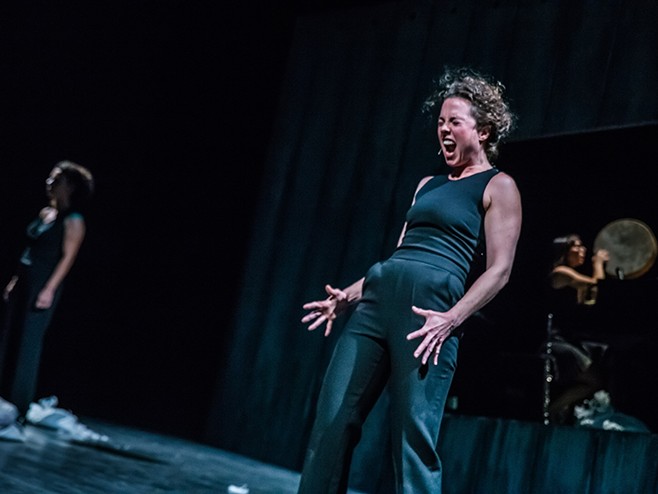 19:00 Opening and conference by Hanan Kassab-Hassan 'Introduction to theatre in the MENA region'

Hanan Kassab-Hassan is an author and academic; she obtained a PhD in Theatre Studies at the Sorbonne in Paris and was head of various institutions (Damascus Opera House, Damascus Cultural Capital of the Arab World, Damascus Higher Institute for Dramatic Arts). She is a member of several international cultural organisations. She has directed and translated plays and published research and articles on the performing arts. In France she has received major honours for her contributions to French culture.

In English and Arabic, surtitled in Dutch – 65 min.

In the Eruptive Mode is set against the background of the Arab Spring and of the ongoing struggle in the Arab world. The characters in this succession of short scenes are not revolutionaries or despots or any other people who determine the course of history. They are just ordinary people: bystanders, desperate outsiders, opportunists or victims of circumstances, whose inner world mirrors the complexity and disruption of their reality.

The author and director Sulayman Al Bassam (1972) lives and works in Paris and Kuwait. Several of his plays have won prizes and been translated, as well as being performed at leading theatres in festivals in London, Tokyo, Cairo, Paris, New York and elsewhere.