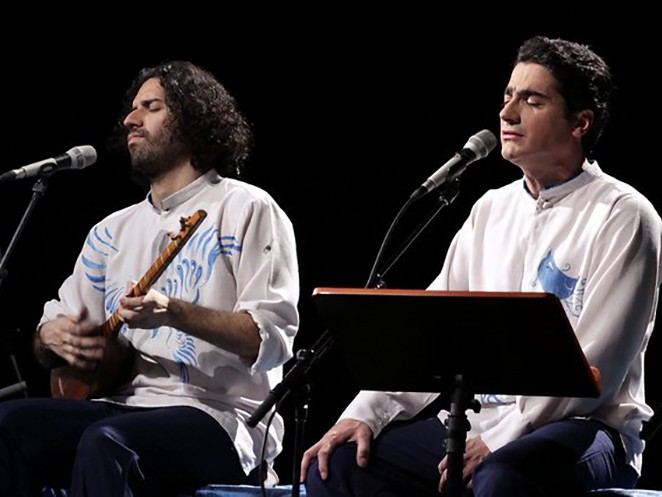 Vocalist Homayoun Shajarian is just as in his element with classical Iranian music as he is with pop or rock music. Homayoun performed alongside his father Mohammad-Reza Shajarian for a long time in various groups and formats as a singer and tombak player before his own career took off. Sohrab Pournazeri is a virtuoso tanbur and kamanche player. His mastery of instrumental technique and classic Iranian musical language has resulted in collaborations with artists from around the world – in particular from China and the United States. In 2014, the two musicians released the album Heavy Makeup, which received immediate critical praise. Backed up by a group of outstanding musicians, Shajarian and Pournazeri will be combining their respective talents to offer a thrilling line-up of traditional songs.