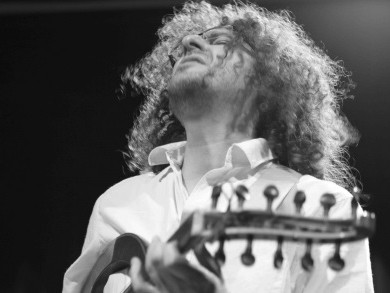 Until now, BOZAR MUSIC residencies have been restricted to classical artists. That is now changing: the Tunisian-French multi-instrumentalist and producer Smadj, who has already been a guest several times (Balkan Trafik, Silk Road Music, and the Tarab project with Natacha Atlas), is being given an opportunity to put together a programme in a residency of his own. Smadj is a musical bridge-builder who can switch effortlessly between East and West, Turkish and Arab, electric and acoustic, modern and classical. His Stringz Quintet (29.09.2013), with talented young musicians from the Arab world and North Africa, offers a contemporary interpretation of traditional Eastern music.